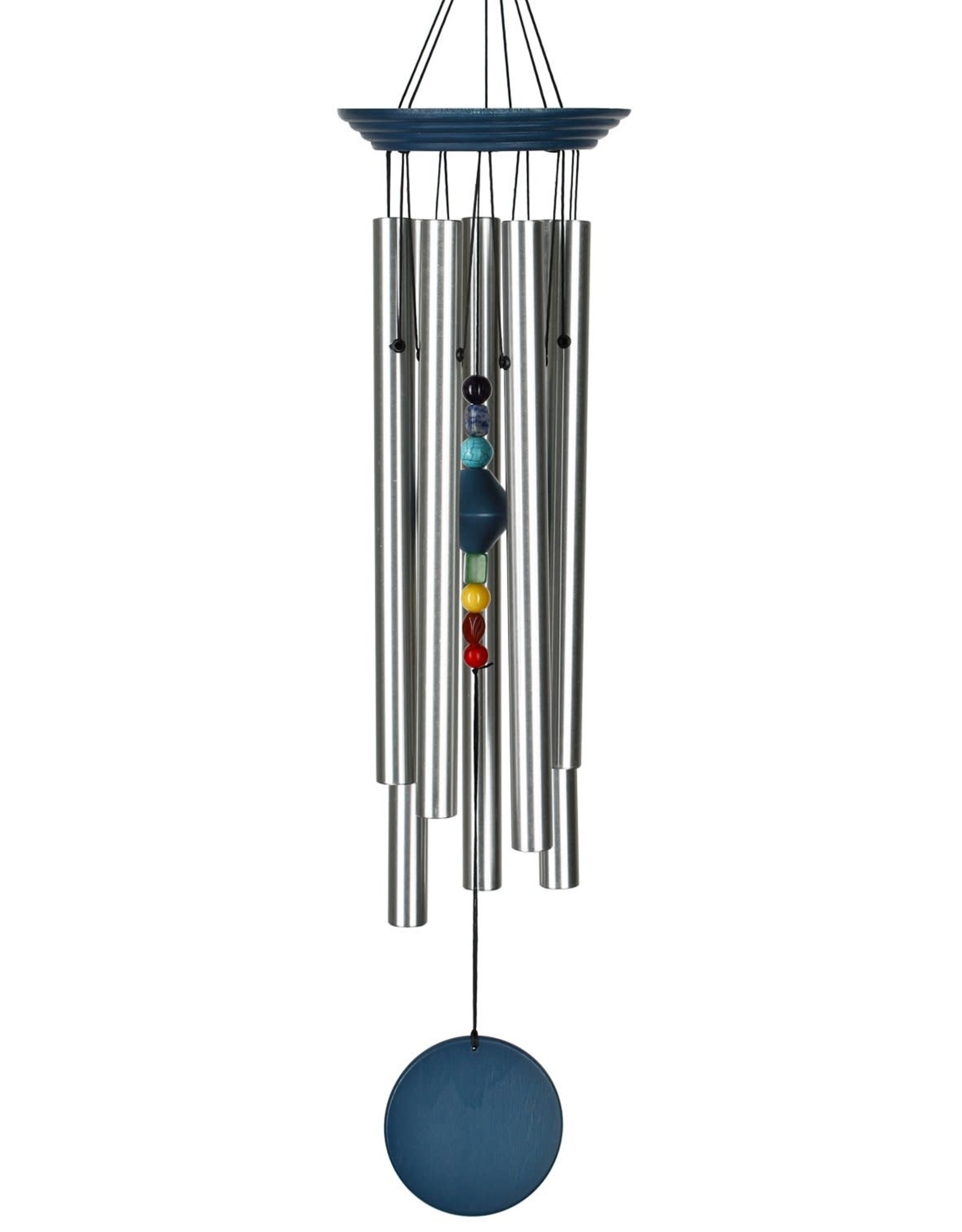 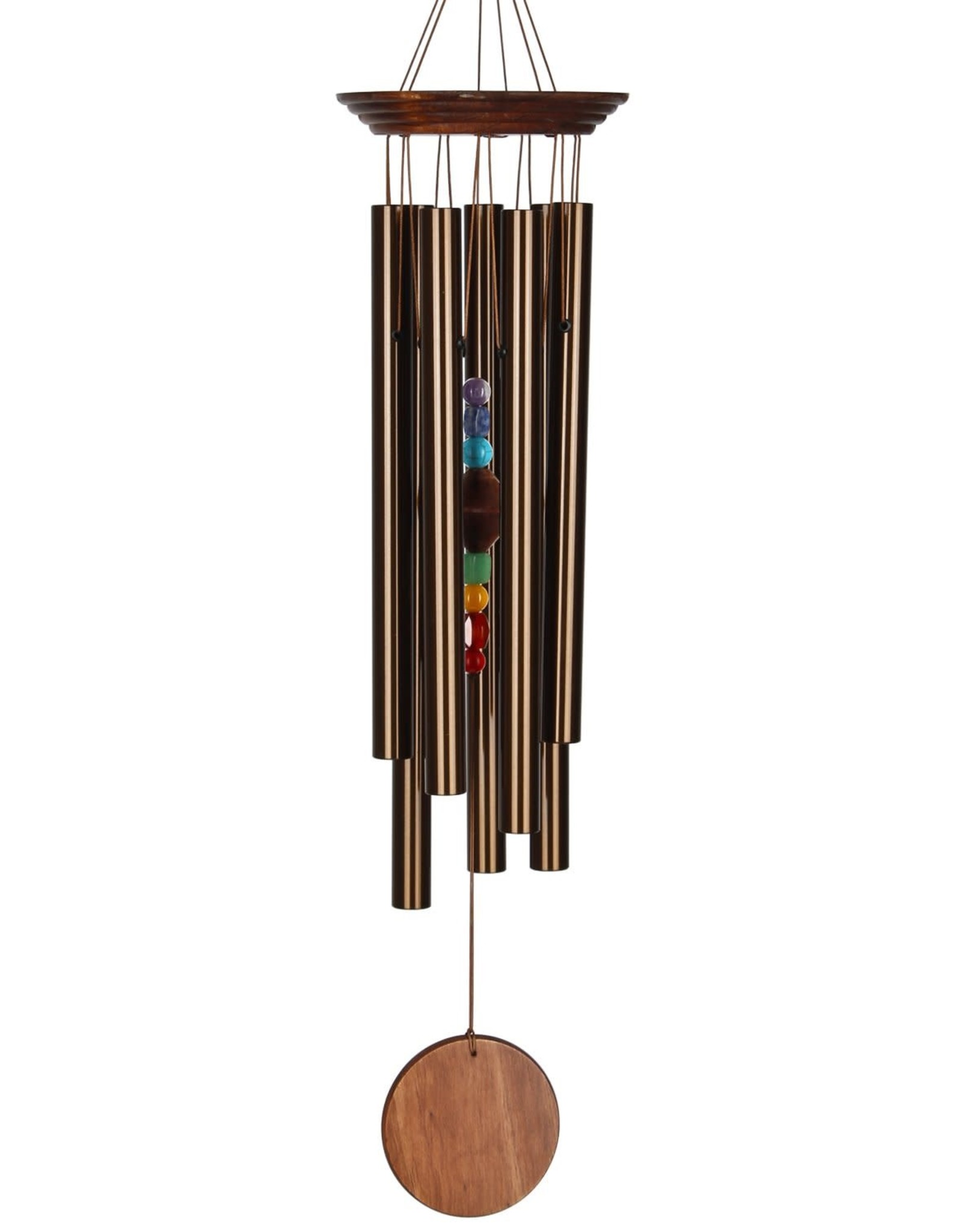 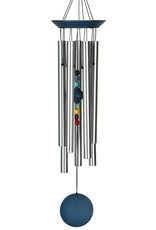 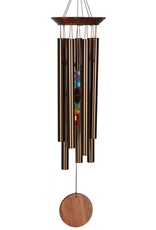 This chime's 7 tubes are tuned to the frequencies of the chakras and the 7 stones of this chime's clapper are aligned in a column, just as the seven chakras are aligned along the spine in the human body.

Woodstock Chakra Chimes combine color and sound to underscore the ancient meaning of the major energy centers of the human body. Eastern philosophy can be difficult for the Western scientific mind to assimilate, and yet, many of the Eastern claims are being proven scientifically as the time-honored truths that they are.

This chime was designed with a removable windcatcher that can be taken to a trophy shop, printer or jeweler to be engraved or silk-screened.